What is Redis and Why? 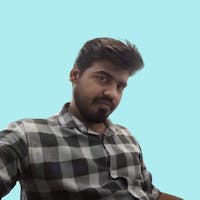 Note : Other keywords are self-explanatory

Don't you think describing what Redis is first would be better?